Built between 1855-57 the Academy of Music Philadephia, also known as the “Grand Old Lady of Locust Street,” is the oldest known opera house to have been in use since its opening for its original intended purpose! Described by the New York Times as “magnificently gorgeous, brilliantly lighted, solidly constructed, finely located, beautifully ornamented,” upon its opening ceremony in 1857, it is undeniably one of the grandest buildings in the city.

In its long history, the Academy of Music has been host to a score of world-renowned conductors, composers, and performers, along with many notable operatic and classical premieres, including include Strauss’s “Ariadne auf Naxos”, Wagner’s “The Flying Dutchman” and Gounod’s “Faust”. Following the move of the Philadelphia Orchestra to the Kimmel Center, the Academy began to be used to house artists outside of the classical genre, including a notable appearance from Noel Gallagher in 2011. 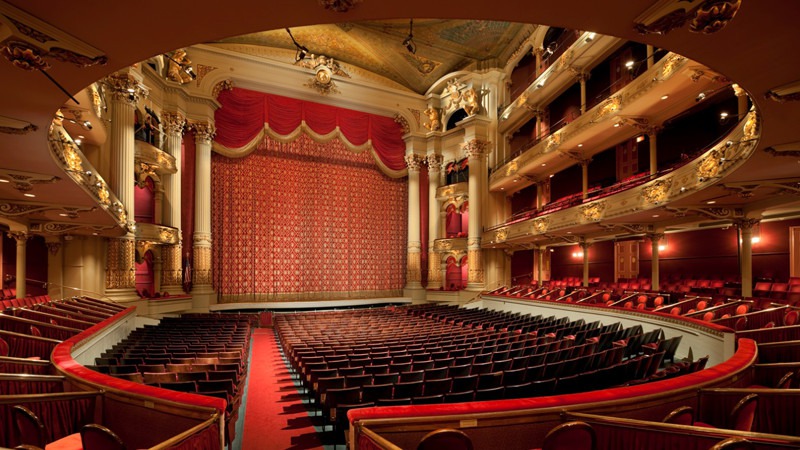